Going to the cinema with the family Due to the great difference between generations, parents … END_OF_DOCUMENT_TOKEN_TO_BE_REPLACED

The most famous genre of film these days is drama. Young generation loves movies about … END_OF_DOCUMENT_TOKEN_TO_BE_REPLACED

The film industry has developed rapidly since its inception in the early 1900s. Over the … END_OF_DOCUMENT_TOKEN_TO_BE_REPLACED

The Academy Awards casually known as the Oscars is a formal award ceremony to honor the best achievements in film making from the previous year. The Academy awards from the nominations and voting processes to the ceremony itself are over seen by the Academy of Motion Picture, Arts and Sciences. The first academy awards were distributed in 1929 at the Hotel Roosevelt in Hollywood. Cinema has changed a lot since then and so have the categories for awards. Currently there are 24 awards categories presented at the ceremony. With more Oscars handed out for other lesser achievements before the formal ceremony. A film must open in the previous calendar year in Los Angeles county to qualify for the next year’s Academy and Award Ceremony. One exemption to this is the Best Foreign Language Film. Often, if movie makers think they have an award winner on their hands they release a movie in the last week of the year to qualify for the upcoming awards. 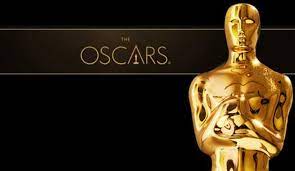 Such as Silver Linings Playbook, which released on December 25, 2012 and was nominated for Best Picture and other Oscars in January, 2013. In late December, all Academy members receive ballots to select nominees for the next ceremony. For most categories Academy members vote only for their peers, which means Directors vote for Best Director, actors for Best Actor etc. The exception to this are for Foreign film, Documentary and Animated Film categories which are nominated by a special committees made up of members across the Academy and all members are allowed to vote for the nominees for the best Picture Award. The winners for each category are determined by a second voting round which is open to all members of the Academy for most categories. Here’s one interesting trivia, Walt Disney won many Academy Awards than any other person with 26 Oscars. Edith Head won more Academy Awards than any other woman with 8 Oscars. Meryl Streep has been nominated for more Academy awards than any other Actor or Actress and won several times.