Going to the cinema with the family Due to the great difference between generations, parents … END_OF_DOCUMENT_TOKEN_TO_BE_REPLACED

The most famous genre of film these days is drama. Young generation loves movies about … END_OF_DOCUMENT_TOKEN_TO_BE_REPLACED

The film industry has developed rapidly since its inception in the early 1900s. Over the … END_OF_DOCUMENT_TOKEN_TO_BE_REPLACED

An independent film or movie is something that is produced outside the major studio film system. It is also distributed by independent entertainment companies. Usually but not always, Indie films are made with a low budget than major studio movies. So upon receiving distribution can provide a greater back end potential. Indie films can have wide release but they should first screen at local, national or international film festivals to achieve this. An independent film production can rival a mainstream film production if someone buys it and gives it the necessary funding and distribution. 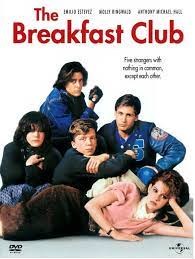 Here are examples of Indie films that had a huge success: